In honor of the studio tour this weekend, I thought it would be fun to post a few photos of my studio as it has progressed over the past several months.   Originally, I thought I’d post as we went, but life had other ideas.  So, better late than never….

We moved in November of last year, but it was after Christmas before we got to start working on the studio.  It was so cold! 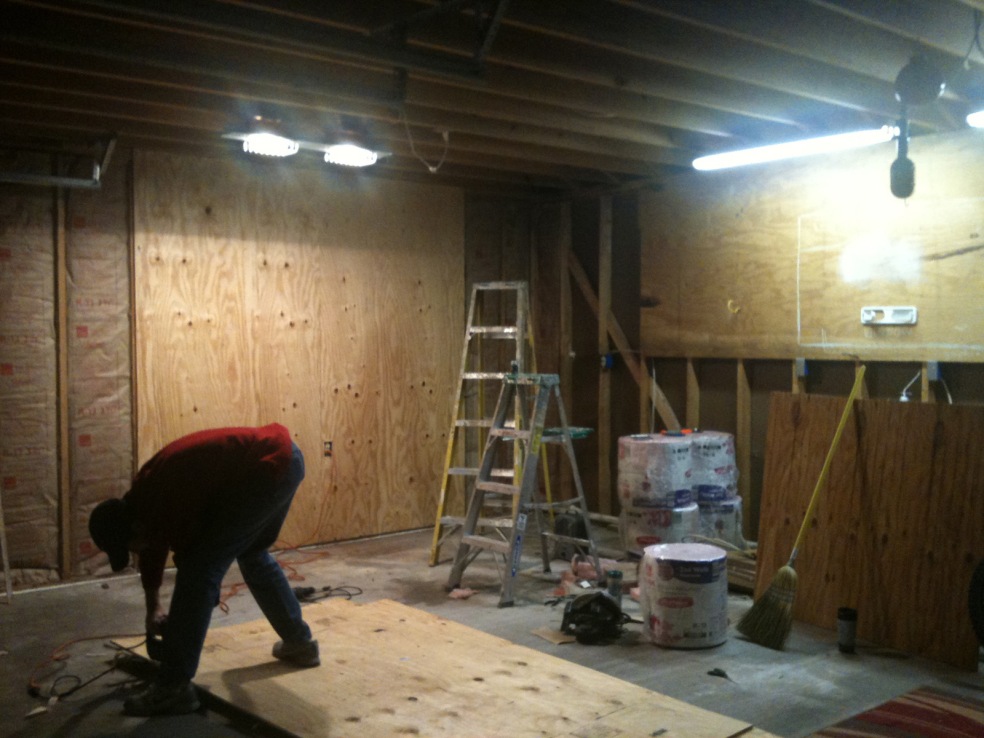 In the spring, I received some reclaimed cabinets from the house I grew up in from age 12.  They’re great oak cabinets that were custom built for that house, but somehow my hubby did his magic to make them fit just right into the studio.

So, now, to make a very long story short, here’s the “after.”   Our secret:  lots of paint and elbow grease.

Come by this weekend and see it in person, if you’re near Frisco.  Details at www.artseenhere.com

Up next:  insulating the roof and adding a ceiling.  I’m hoping to avoid freezing fingers this winter!